NEW YORK, NY (November 10, 2020) – Innovid, the only independent advertising and analytics platform built for television, today announced the fall 2020 edition of its U.S. Video Benchmarks Report, which represents the most complete view of video advertising data available in the industry. The study found that connected TV (CTV) ad impressions grew 55 percent year-over-year. Additionally, when compared to mobile and desktop, CTV is the only device that gained more video ad impression share, jumping from 33% in 2019 to 41% in 2020, representing a near one-quarter rise (23%) year-over-year.

“CTV’s massive 2020 surge in adoption by both viewers and advertisers has disrupted traditional strategies and forced everyone to reevaluate,” said Jessica Hogue, GM, Measurement & Analytics, Innovid. “The onset of the coronavirus pandemic drove massive cord-cutting behavior, with advertisers following audiences. In April, even when marketers were grappling with budget cuts and changes to creative, Innovid saw a 22% year-over-year increase in CTV ad impressions while video declined overall by 14 percent. This growth only continued, with a 58% year-over-year increase in September.”

Innovid serves 1 in 3 of all video ad impressions in the U.S. For its report, they analyzed over 60 billion advertising impressions served on its platform between July 1 and September 30, 2020. Researchers looked across mobile, desktop, CTV devices, and social media platforms to compile the most complete picture of U.S. video advertising.

Some key takeaways and findings from the report include:

According to Innovid’s benchmarks, audiences want more than standard, static pre-roll ads. Ads that have interactive elements, giving viewers a choice of experience, had 14x the engagement rate of the next highest ad type.

In general, the industry tends to think of ads served on desktop to be on an inevitable path toward deprecation. However, in the case of completions, PCs managed to outshine mobile across all formats: standard pre-roll video (72 vs. 66%), DCO video (69 vs. 51%) and interactive video (61 vs. 57%).

Hogue continued: “CTV has now become table stakes for advertisers, many of which are finding themselves attempting to navigate a channel that, in many ways, is still just beginning to blossom. Brands, agencies and publishers should be laser-focused on how measurement, identity, interactive formats, and programmatic buying will develop over the next 12 months. As the first MRC-accredited company for OTT ad impression measurement, Innovid remains committed to shepherding brands through this rapidly changing streaming world.” 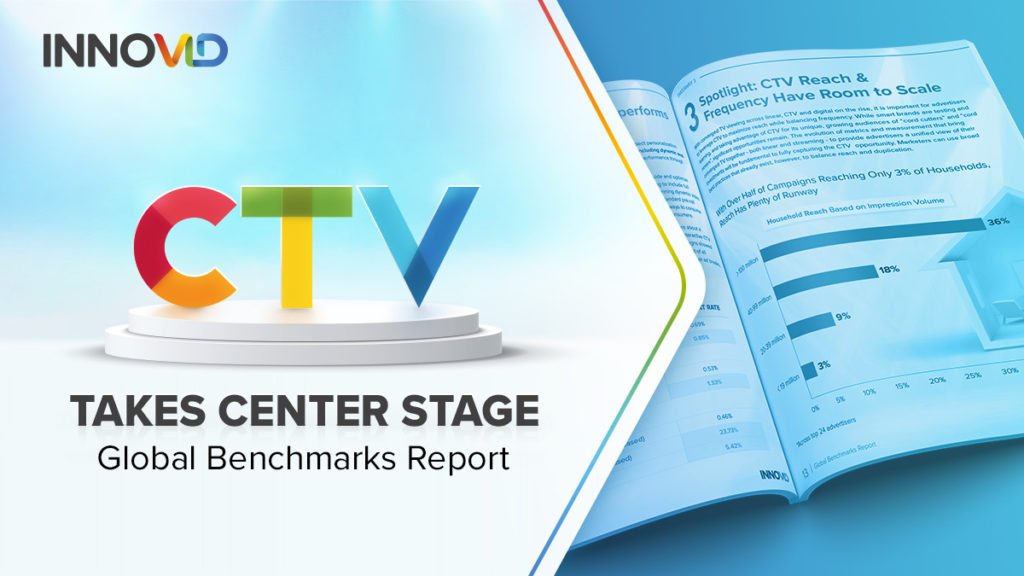